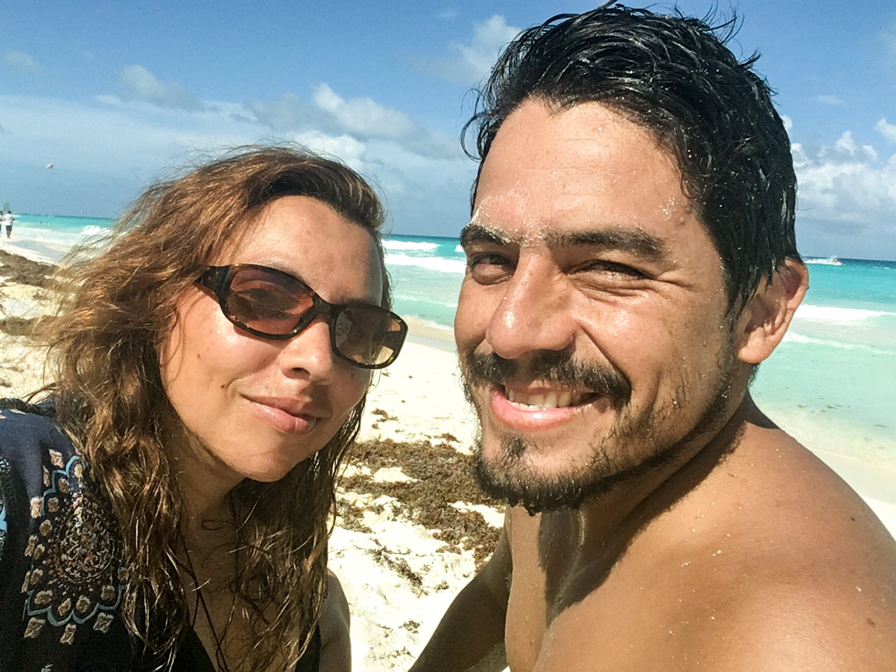 I’ve spent over half of my life infatuated with the same man. I remember a few years ago driving down the street and somehow realizing “I am a Quevedo!” A rush of pride came over me to be married into an amazing family and to the man of my dreams (and the occasional nightmare, too)!
Diego and I met in high school but never ran in the same circle. Senior year I noticed him like I’d never quite noticed him before. I was in a relationship with someone else at the time, so things were complicated. Yet, I was drawn to Diego, and have always believed a higher power drew me to him, corny as it may be.
At that point in the late 90’s, high schools orchestrated senior class grad. trips to tropical destinations. Not sure how it made sense to send 17 & 18 year olds to countries where drinking was legal, but it happened, and it was AHH-MAZING!
I was pretty much paid up to attend our Cancun senior trip when I got dumped by my boyfriend at the time. I deserved to get dumped as I had recently been spotted holding hands (and likely more) with Mr. Quevedo himself. I decided against attending the trip and failed to pay the remainder of my deposit. I didn’t want my now ex-boyfriend at the time to feel I was off with the “other guy.” Then, just as before, something pulled at me. A voice, my instinct, hell, teenage hormones told me: “just go; you’ll never know what could be unless you go.” Still another example in my life where I took a leap to avoid regretting not leaping at all.
My mother paid for another trip altogether so I could still attend. I’ll never be able to repay her generosity as it lead to so much of the rest of my life. Thanks, Mom!
When I arrived in Cancun I was taken back by the scenery and the beauty. I was equally taken back by that 17 year old boy from my high school. The young Mr. Quevedo and I had an undeniable chemistry and for 7 days we spent pretty much every waking moment getting to know each other in more ways than one. We talked so much about everything from what we’d name our future kids to whether or not we’d retire at 35 years old or younger – Ha!
I shared the name ‘Isaiah’ for that hypothetical unborn son. He shared the name ‘Leonardo’ and just like that our future son’s had identities. We could have never known then that we’d have that son together and that Isaiah would win out in the name department.
I’ll never forget Diego asking me what I thought about marriage and if I might already know the person I’d marry. He said innocently, “imagine if they’re in your life and someone you already know you marry?” He said it not in this way of wooing me, but more in a contemplative manner. Yet, my future husband was right there staring back at me. Little did we both know we were talking to the one we’d grow to love so powerfully we’d chase each other for the next 4 years until we could finally be together.
We filled Cancun with sleepless nights, parties galore, romantic walks on the beach at sunrise and a whole lot of puppy love. We found something we couldn’t quite feel with anyone else after Cancun.
We dated a couple of months after our return and then it was over. I ended it. Deep down I found myself feeling: “he was too good to be true.”
Though we both left to college, we never quite left each other’s hearts and minds. We’d come back into each other’s lives and pick up where we’d left off. Odd occurrences would bring us together and each time the attraction was greater than the last. Our time together was often like reliving Cancun over and over again. In 2002, we came together, a lot older, and after a whirlwind college experience. It was as if we both somehow knew that if we didn’t take the plunge we might just lose the chance at the great love of our lives. I left my “omnipresent” ex-boyfriend once and for all and allowed myself to fall hard for that boy from senior year.
We came into our relationship clinging tightly to the “what could have beens” if we hadn’t given it a go. We had this deep sense of gratitude and a willingness to love each other hard. We took with us Cancun and everything in between and turned it into a marriage that has lasted over 10 years and a courtship of 18.
Today, as we drove around Cancun with our three children it was like a life flashing before our eyes. I told our children all about how we fell in love and how Cancun was the place that started it all. My daughter somehow got it… “Oh you went from beings friends to being mommy and daddy,” she said.
Diego and I went from strangers to friends and from lovers to committed partners. We’ve lived a few stages of our marriage since those Cancun days and not all have been good ones.
A marriage is hard work and the most fulfilling marriages even harder.
We were 17 & 18 years old then and now 18 years have passed. We are not the same, but hopefully better. More importantly, we still feel that intense willingness to love each other hard. 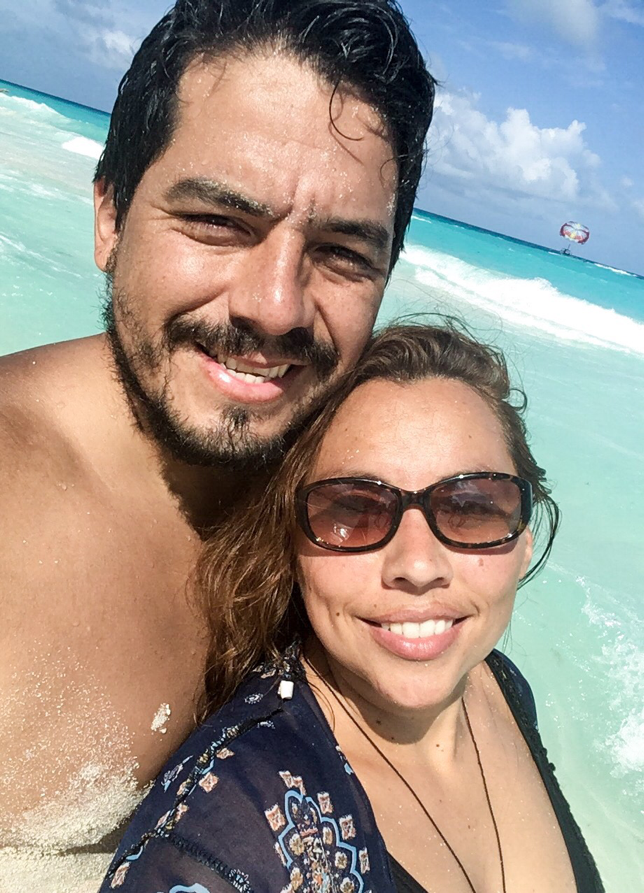 We remain grateful and appreciate our love story. A story God gave us. A story we are proud to share with our children. A story we hope and pray grants us another 18 years, ten times over.
What’s your favorite love story of all?!?
Share in comments below.